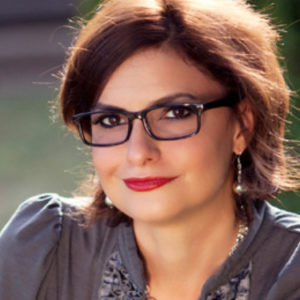 Some of her feature film work includes roles in VOSOT: Voice Over/Sound on Tape, Wolf (which received a standing ovation during its premiere at SXSW in 2012), and the superhero comedy Now Hiring. Nikki also garnered critical acclaim for her work in the award-winning short film Four Minutes Till the End, which enjoyed festival screenings all over Texas and was an official selection of the Cannes Film Festival.

As a host, Nikki has emceed numerous shows and events. Onstage and online – from forums to fundraisers, from readings to retreats, from workshops to the Women’s Final Four – Nikki has entertained audiences across Texas, and even as far away as Poland.

Nikki received her BFA in Theatre from Southwest Texas State University, and has taught acting to hundreds of students of all ages through camps, churches, film sets, and private sessions.

She currently resides in San Antonio, where she produces film, theatre, and live events with her company, PrimaDonna Productions, Inc., and for artists and clients across the city.

Nikki also teaches Theatre to students with special needs at Monarch Academy as well Entertainment Director for Morgan’s Wonderland. As founder of the “Arty Party,” she supports wounded warriors and their families at the YMCA. And with her literary lapdog, Readmore Books, she promotes literacy to kids across San Antonio as “Miss Nikki, The Literature Lady.”