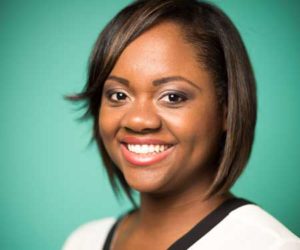 Dr. Phallon Doss graduated Summa Cum Laude from Texas Woman’s University, and received her Doctorate in Audiology from the University of North Texas.  Dr. Doss owns two successful private practice clinics and currently serves as the educational audiologist for the Schertz-Cibolo-Universal City Independent School District. She’s been featured in San Antonio Woman Magazine as a leader in senior healthcare.   She has been the San Antonio Magazine Face of Hearing Healthcare since 2016.  Dr. Doss also received the honor of being named a Healthcare Hero by the San Antonio Business Journal and has been featured in numerous publications including “O” the Oprah Magazine, Fortune Magazine, Entrepreneur Magazine, San Antonio Woman Magazine, and San Antonio Magazine.  Dr. Doss teaches distance learning Diagnostic and Pediatric Audiology for the University of Guyana in South America and also serves as a guest lecturer for the University of North Texas in the area of Private Practice Audiology.

Dr. Doss maintains her Clinical Certification from the American Speech-Language-Hearing Association and is a Fellow of the American Academy of Audiology. She and her husband are natives of San Antonio and both grew up in military families. Dr. Doss has two children, Allysa and James III.