About 2 to 3 out of every 1,000 children in the United States are born with a detectable level of hearing loss in one or both ears. (1) More than 90 percent of deaf children are born to hearing parents. (1)

Approximately 15% of American adults (37.5 million) aged 18 and over report some trouble hearing. (1)

Men are more likely than women to report having hearing loss. (2)

One in eight people in the United States (13 percent, or 30 million) aged 12 years or older has hearing loss in both ears, based on standard hearing examinations. (3)

The NIDCD estimates that approximately 15 percent of Americans (26 million people) between the ages of 20 and 69 have high frequency hearing loss due to exposure to noise at work or during leisure activities.(5)

Roughly 10 percent of the U.S. adult population, or about 25 million Americans, has experienced tinnitus lasting at least five minutes in the past year. (6)

Five out of 6 children experience ear infection (otitis media) by the time they are 3 years old.(9)

Severe to profound hearing loss is expected to cost society $297,000 over the lifetime of an individual. (10)

Most of these losses (67%) are due to reduced work productivity, although the use of special education resources among children contributes an additional 21%. Life time costs for those with prelingual onset exceed $1 million. (11)

Genes are responsible for hearing loss among 50% to 60% of children with hearing loss. About 20% of babies with genetic hearing loss have a “syndrome” (for example, Down syndrome or Usher syndrome). (12)

Infections during pregnancy in the mother, other environmental causes, and complications after birth are responsible for hearing loss among almost 30% of babies with hearing loss. (13)

Congenital cytomegalovirus (CMV) infection during pregnancy is a preventable risk factor for hearing loss among children. (14)

Nearly one-quarter of children with hearing loss has one or more other developmental disabilities, such as cerebral palsy, intellectual disability, or vision loss. (16)

Deaf children are more vulnerable to neglect, emotional, physical, and sexual abuse than children in the general population. (18)

Individuals with disabilities are over four times as likely to be victims of crime as the nondisabled population. (21)

Children with communication disorders are more likely to be physically and sexually abused than children without these disorders. (22)

Sexual abuse incidents are almost four times as common in institutional settings as in the community. (25)

(5) Based on calculations performed by NIDCD Epidemiology and Statistics Program staff: (1) using data from the 1999-2010 National Health and Nutrition Examination Survey (NHANES); (2) applying the definition of disabling hearing loss used by the 2010 Global Burden of Disease Expert Hearing Loss Team (hearing loss of 35 decibels or more in the better ear, the level at which adults could generally benefit from hearing aids).

(7) Based on calculations performed by NIDCD Epidemiology and Statistics Program staff: (1) tinnitus prevalence was obtained from the 2008 National Health Interview Survey (NHIS); (2) the estimated number of American adults reporting tinnitus was calculated by multiplying the prevalence of tinnitus by the 2013 U.S. Census population estimate for the number of adults (18+ years of age).

(8) Based on calculations by NIDCD Epidemiology and Statistics Program staff using data collected by (1) the National Health Interview Survey (NHIS) annually for number of persons who have ever used a hearing aid [numerator], and (2) periodic NHANES hearing exams for representative samples of the U.S. adult and older adult population [denominator]; these statistics are also used for tracking Healthy People 2010 and 2020 objectives. S

(9) Estimates based on manufacturers’ voluntary reports of registered devices to the U.S. Food and Drug Administration, December 2012.

(14) US National Library of Medicine: Congenital cytomegalovirus (CMV) infection as a cause of permanent bilateral hearing loss: a quantitative assessment.

Entry rates into college for students with hearing loss are close in parity with other students, the drop out rate is 71% vs. 41% for other students, and this disparity is thought to be due largely to inadequate socialization. (1)

Even among intellectually gifted deaf and hard of hearing people, a longitudinal study found only 43% graduated from a four-year college and 30% were unemployed. (2)

Estimates of the economic burden (in 1990 dollars) of childhood hearing loss (which reportedly have been used in actual settlements) suggest a lifetime loss of income in the $300,000 to $500,000 range, along with significant additional special living and medical expenses. (3)

About 70% of young adults with hearing loss without other related conditions (such as intellectual disability, cerebral palsy, epilepsy, or vision loss) were employed. (2)

(2) US National Library of Medicine: A multi-dimensional approach to the transition of children with developmental disabilities into young adulthood: the acquisition of adult social roles

(3) US National Library of Medicine: Healthy behaviors and lifestyles in young adults with a history of developmental disabilities

The lifetime educational cost (year 2007 value) of hearing loss (more than 40 dB permanent loss without other disabilities) has been estimated at $115,600 per child. (2)

Direct medical costs, such as doctor visits, prescription drugs, and inpatient hospital stays, will make up 6% of these costs.

Direct non-medical expenses, such as home modifications and special education, will make up 30% of these costs.

Indirect costs, which include the value of lost wages when a person cannot work or is limited in the amount or type of work he or she can do, will make up 63% of the costs.

Note: These estimates do not include other expenses, such as hospital outpatient visits, sign language interpreters, and family out-of-pocket expenses. The actual economic costs of hearing loss, therefore, will be even higher than what is reported here.

Deaf and The Church

Out of the approximately 6 million Deaf people in North America, only 2 to 4 percent are Christians. (1)

Less than 2% of the Deaf around the world have an active relationship with Jesus.(2)

The Deaf Community is the 3rd (sometimes considered 4th) largest unreached people group with the Gospel of Christ. (3)

(3) This information was provided by The International Mission Board - Global Research, April 2016, name of publication, www.peoplegroups.org. 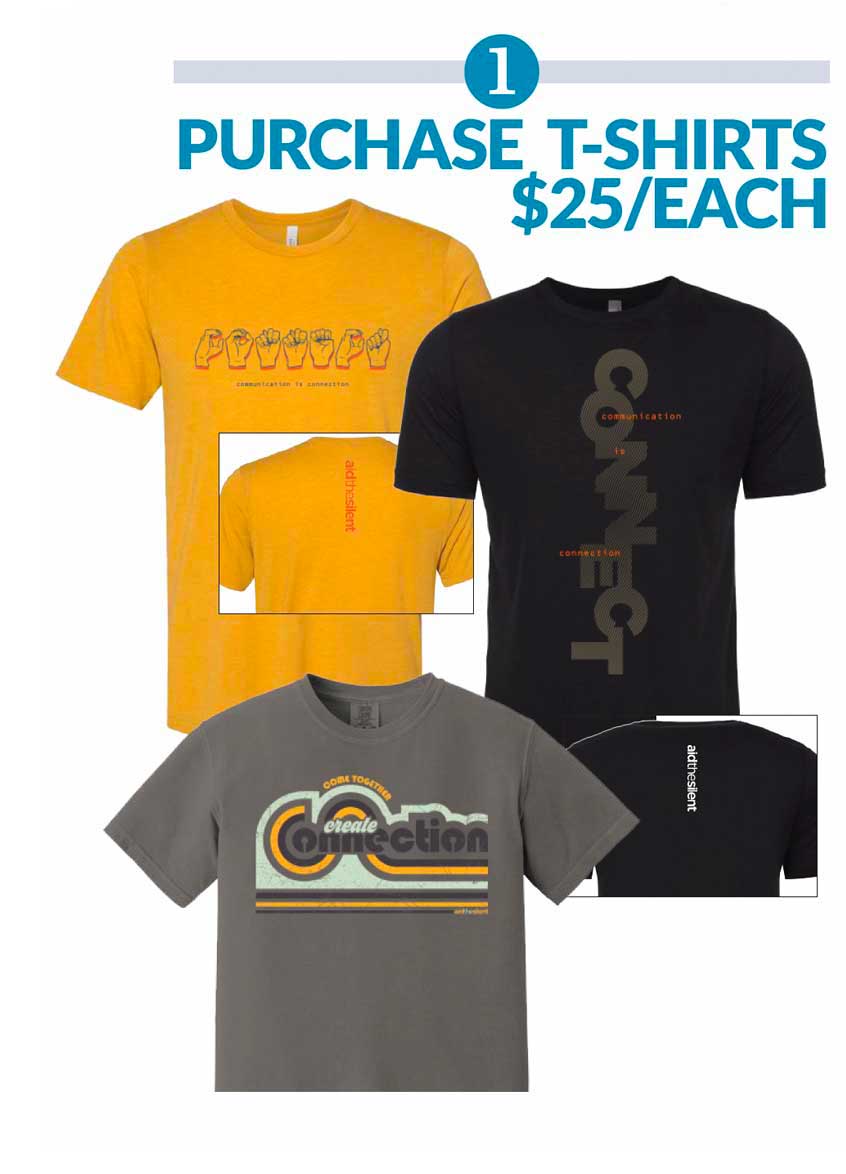 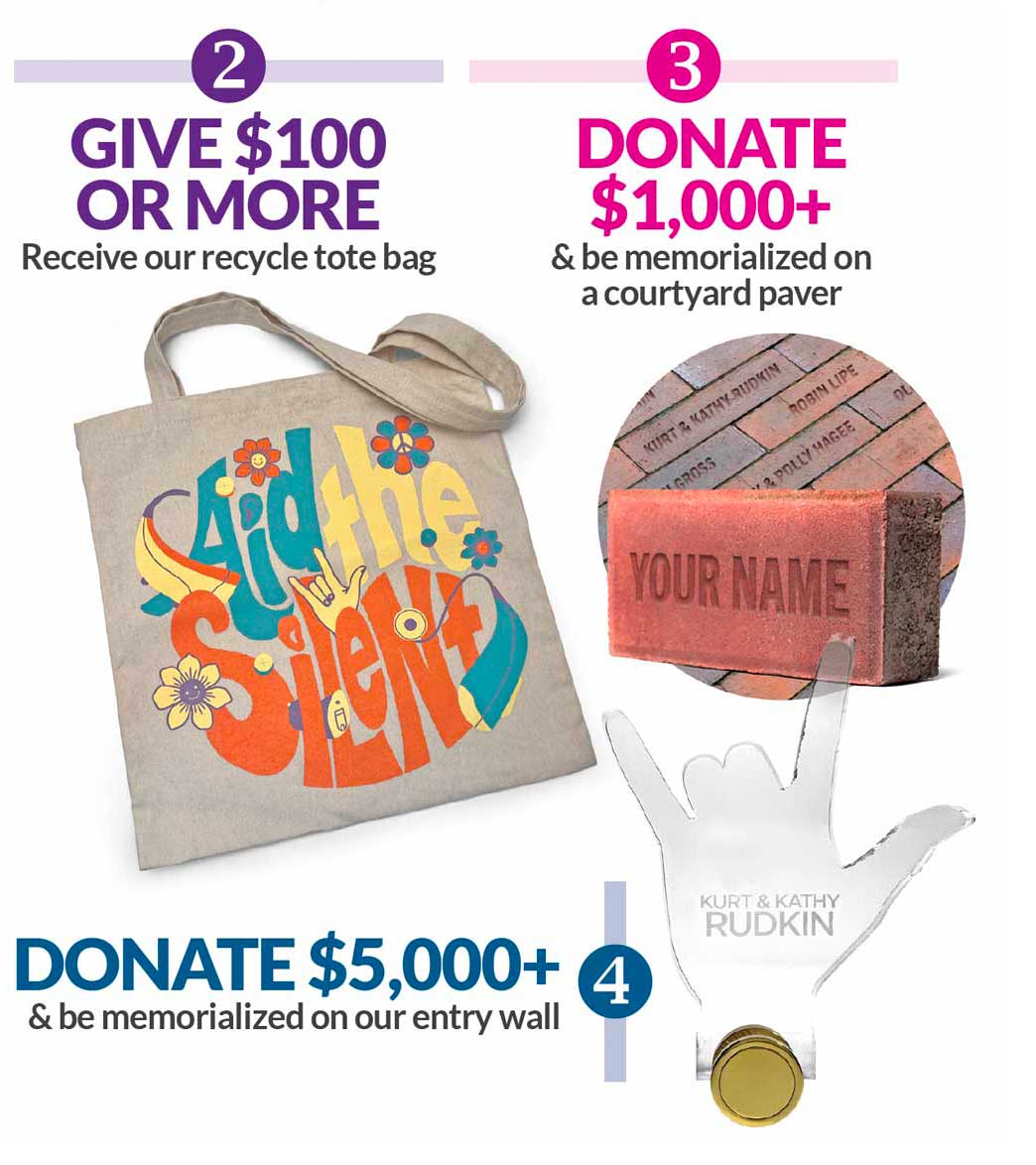